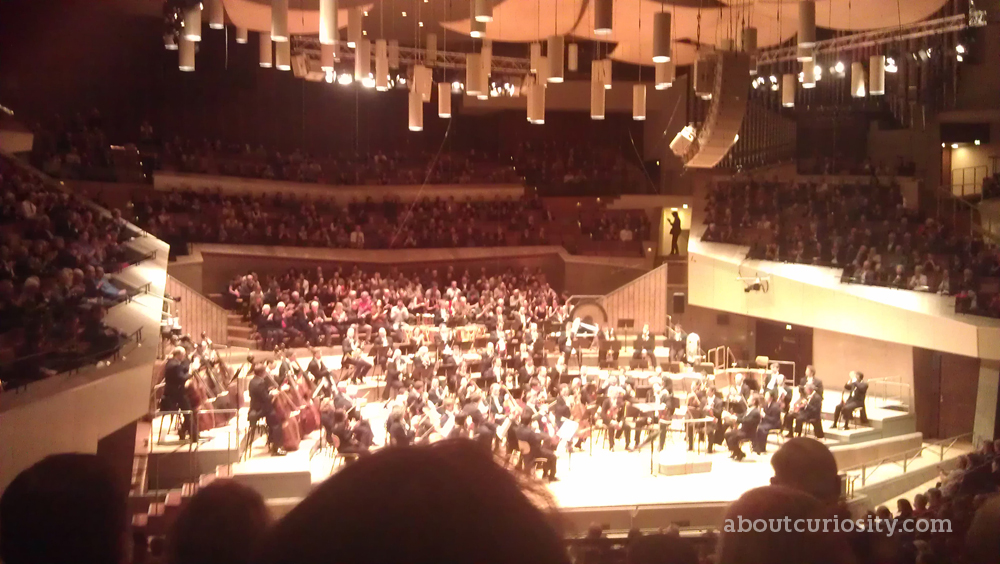 just a very quick and rushed post, I am running out of time today, but thought you should know about it, because there is another possibility tonight.

yesterday i was at the berlin philharmonic and it was marvellous! even the “bläser” (german for the section with all the trumpets, horns, and fagotts, and etc. etc.) which sometimes in concerts are not my thing if they have a main role. but it was beautiful. frank peter zimmermann on the violin touching and paavo järvi a phantastic conductor who together with the berlin philharmonics made this a phantastic evening,

you are not allowed to make pictures so i made a really bad quality one secretly (i am going to be criminal, only for you my beloved readers). in case you missed this concert, there is another one tonight and you can watch it in the digital concert hall, what is a really good experience as well. i did that quite a few times. 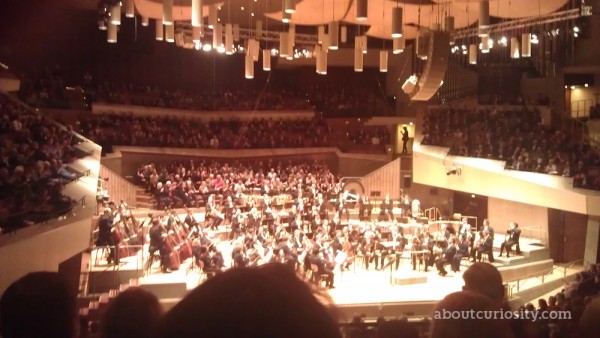 Paavo Järvi, who takes to the conductor’s stand of the Berliner Philharmoniker for these three concerts, has recently caused a furore in the music world with his spectacular Beethoven cycle. So it is only fitting that also in the Berlin Philharmonie, one of the composer’s symphonic works is included in the programme. Beethoven’s First Symphony begins with a dissonant seventh which does not inform the listener of the basic key of the work as was traditional, but forms the starting point of a harmonic puzzle. There had never been a beginning with such tension before in a symphonic work, and it seemed as if the composer wanted to make clear with this opening bar that with the beginning of a new century (the premiere took place on 2 April 1800), the rules of the genre had changed.

Paul Hindemith’s Violin Concerto, on the other hand, is famous for its expansive lyrical melodic lines, something Frank Peter Zimmermann with his Stradivarius is certain to bring out. Composed in 1939 – shortly before Hindemith emigrated to the USA, the work assumes occasionally melancholic features, with the clear singing of the solo violin emerging beguilingly again and again from the dark timbre of its surroundings.

Jean Sibelius’ Fifth Symphony appeared almost 24 years earlier, a work whose popularity has remained unbroken ever since its premiere on 8 December 1915. “Today at ten to eleven I saw 16 swans. One of the greatest experiences!” wrote Sibelius during the genesis of the work. “Their call the same woodwind type as that of cranes, but without tremolo. A gentle refrain that sounds like the crying of a small child. Nature mysticism and world-weariness! The final theme of the Fifth Symphony: Legato in the trumpets!!”