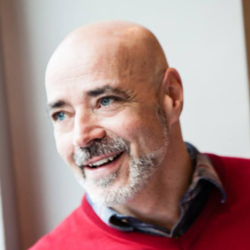 ok, i asked for it and I should have known that jean-pierre would do his homework! he has a lot of interesting recommendations to read and watch …. so here is the long list (music might come later, he is rather busy these days). as you might see jean-pierre is quite interested in history, so recommendations from him are not for a cosy summer day but he did all the hard work for us and read all important books  – writing this post, i just ordered  Hannah Arendt, Totalitarianism (Origins of Totalitarianism)

Clarke, Christopher, The Sleepwalkers: How Europe Went to War in 1914

The Sleepwalkers: How Europe Went to War in 1914

Evans, Richard, The Coming of the Third Reich: How the Nazis Destroyed Democracy and Seized Power in Germany

Fergusson, Nial, The Pity of War

Overy Richard, Why The Allies Won

Akin, Fatih, Crossing the Bridge: The Sound of Instanbul

I am Head of the Humanities Department at St. Dominic’s International School and am Grade 9 and 10 Humanities instructor, Grade 11 and 12 History and Theory of Knowledge teacher. I enjoy reading, listening to music, going to see films, meeting with friends, going out to new restaurants and trying new food, working out, swimming and biking. I have lived in France, Colombia, California, Berlin, Abu Dhabi (UAE) and Baku (Azerbaijan). I currently live in Lisbon, Portugal.