My dear friend and lazy co-author on aboutcuriosity.com Finn shares his recommendations with us. 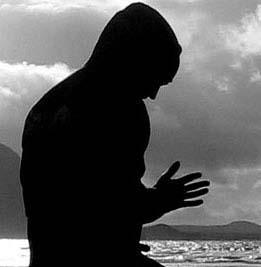 film maker, husband, surfer, pain in the ass … depends on whom you ask.

thats all you need to know, you nosy people!

ok, you got me. i am not really for books. the last book i read was The Circle

, my wife Nane had finished it and we travelled so … i read it on the journey. sure there is a reason why its so popular right now. it was actually a bit scary and i was about to delete my facebook account till i saw the “like me, tweet me, social me around” information at the end of the book.

all the film noir stuff and good documentaries, but film is my thing i like almost everything.

– wow, i mean that was the first really cool western i remember. Henry Fonda, Charles Bronson and Jason Robbard, the camera… i wanted to make that kind of film! and the music!
Singin’ in the Rain

– don’t laugh. i spent a lot of my time with my grandma in Germany, when i was a kid. i wouldn’t watch that film nowadays (of course), but it was the favourite film of my grandma and we used to sing along (i guess, i still remember all the lyrics) it’s a bit like christmas
Missing [DVD] (1982)

music is very important for films, it transports the visual created emotion in a language embracing the world in all it’s different languages… the music from The Exorcist is very good and i don’t think the film would have worked that well without the music. Or think about the music from John Williams, Ennio Morricone

and Hans Zimmer … lately i got a bit in ethno aka world music, my friend Luca a musician, brought it up.