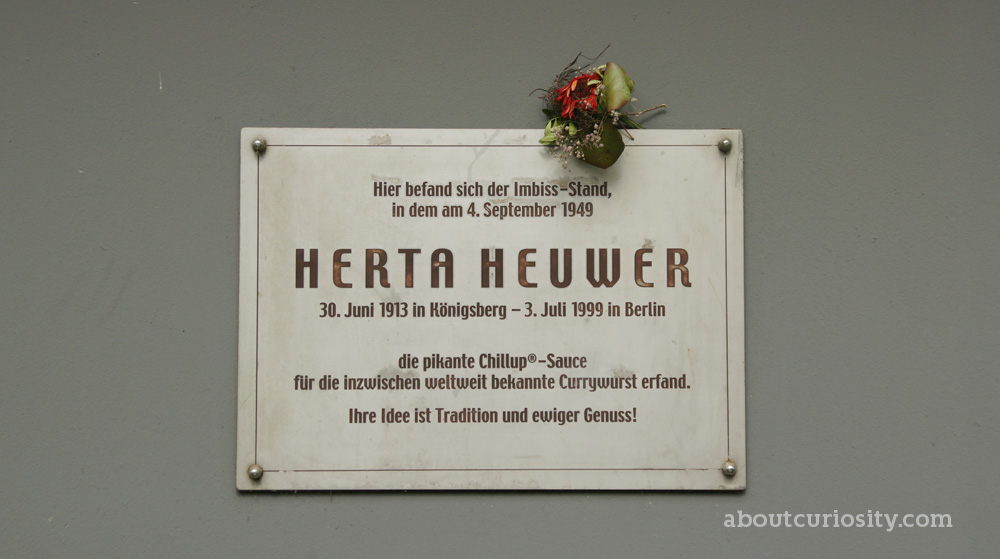 I am sure, if you visit berlin, some friend will tell you “you have to have a curry wurst”. It’s like going to the uk and having fish & chips, india and curry, japan and sushi, switzerland and fondue and müsli, poland and borretsch, denmark and pølser etc. etc. it might even be something what is hardly on the menu in the country itself but you can’t skip it. You get one on stations in berlin which are called “imbiss” and some berlin people say “frittenbude”.

I hardly have one, and never on the recommended stations in travel guides. there are a few you even have to queue for a curry wurst. I just don’t like the idea of “wurst” anyways. It is the rest of meat put together with things i better know nothing about and than filled into the bowel skin of a pig or sheep. but i do have one, from time to time. but almost only at the organic, neuland meat station at wittenberg platz, this one here. There are 3 station only two have neuland meat. what is neuland meat? read more here.

the currywurst has a entry on wikipedia as well, yep. was surprised as well.

The invention of currywurst is attributed to Herta Heuwer in Berlin in 1949 after she obtained ketchup, Worcestershire sauce and curry powder from British soldiers. She mixed these ingredients with other spices and poured it over grilled pork sausage. Heuwer started selling the cheap but filling snack at a street stand in the Charlottenburg district of Berlin where it became popular with construction workers rebuilding the devastated city. She patented her sauce, called Chillup, in 1951. At its height the stand was selling 10,000 servings per week. She later opened a small restaurant which operated until 1974.

Just recently (today) I discovered that the first currywurst was invented just around the corner in charlottenburg in kaiser-friedrich strasse. 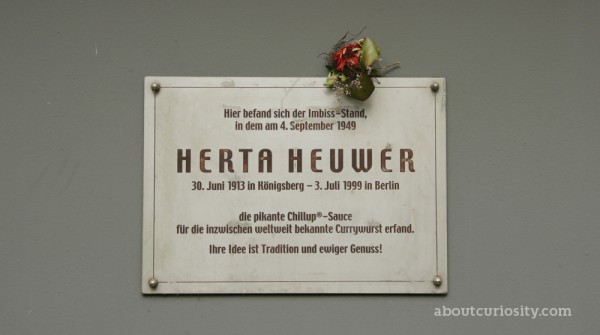