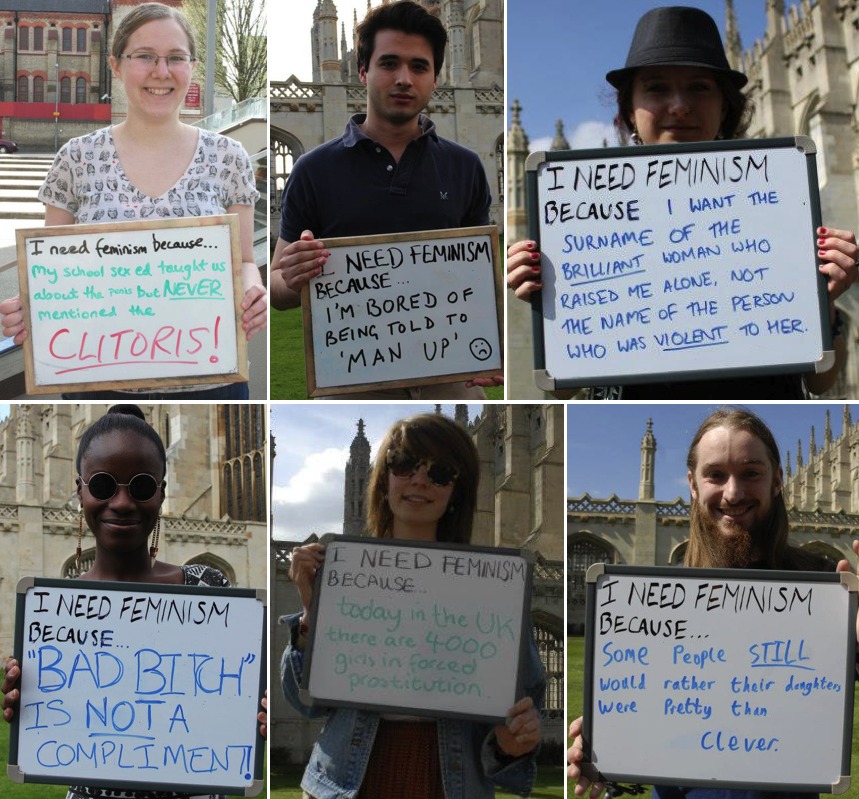 if you hear the word feminism what comes to your mind first? something glamourous, cool, sexy, adorable, … the face of any man? I am pretty sure nothing of it at all.

I had a discussion with a few friends, why so many of my facebook “friends” are not interested in women’s rights, supporting women etc. I was quite upset about that. for month all supported like hell equal marriage, everybody, including all my female (non-gay) friends changed their avatar in the red square with stripes. you know i absolutely support equality in every area of life including marriage. but hardly someone showed some interest in any support of girls or woman to even have the right to say NO to a marriage, even to the men they rape them, even when they are not 13 years old, still so many babies get aborted because the are a female baby. and no interest. but than a massive interest in the cruelty of the killing of lot’s of male baby calf in the production line of mozzarella di buffalo. so what is it? why do women (and men not support women)? or not as public and motivated as they care for baby animals and other things. and the answer we thought about was:

that’s it. the first thing we all said, don’t misunderstand me i am not a feminist or so …. no? I am not? why not? because we want to be cool, sexy, adorable, funny … we don’t want to be what we have in our heads about feminism from our mums generations. so to support women’s rights, to make sure girls have the right to live and go to school all over the world, to have the right to choose who they want to marry (or not to marry at all) we have to put some glamour on feminism? we have to put some cool guys in? we have to put pretty girls in? 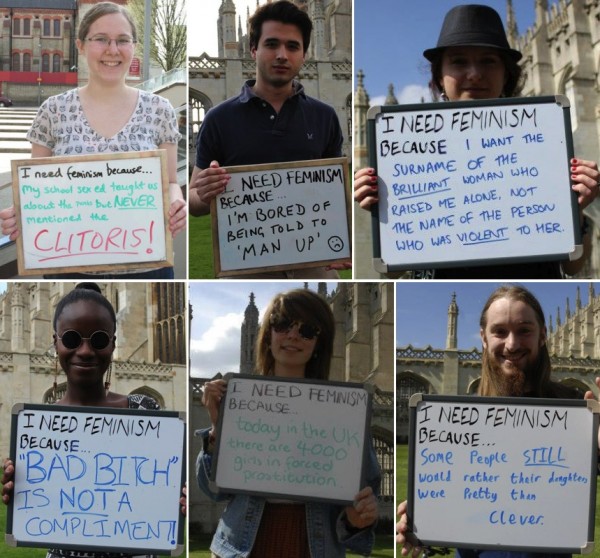 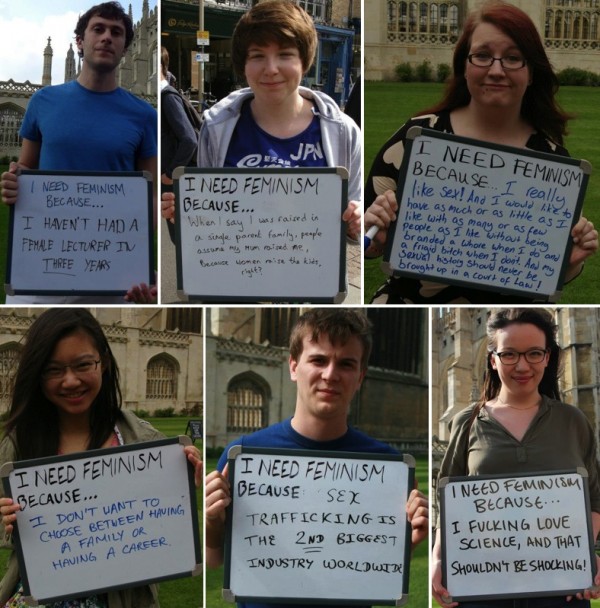 please click on the picture or this link to see more than 600 people/pictures from people supporting feminism and they are exactly what feminism fights as well for individuals of any colour, kind, and gender wanting equal rights for all of us including gay marriage.

so if you are a woman re-think your idea of feminism.

and if you are man, do the same.

to read more about this campaign from cambridge university’s student’s union women’s campaign read here on facebook or on their website or some of the links below:

The Cambridge University Students’ Union Women’s Campaign is the student voice for gender equality in the University… get involved!www.womens.cusu.cam.ac.uk
Mission

The Women’s Campaign exists for the women of Cambridge, and works for women through welfare support and to eliminate all forms of gender disadvantage present within the University.

The Cambridge University Students’ Union Women’s Campaign is the student voice for gender equality in the University: this involves student-focused campaigns, welfare support, shaping University policy and practice, and being the democratic voice of women students.

We also act as a network for various groups in the University and city that work on gender equality and women’s rights, so it’s a great place to go to find out how to get more involved.

3. Be aware of the space you take up and the positions and privileges you bring, including racial, class and gender privilege.

4. Avoid assuming the opinions and identifications of other participants.

5. Recognize that we try not to judge, put each other down or compete.

6. Be aware of the language you use in discussion and how you relate to others.

7. Foster a spirit of mutual respect: listen to the wisdom everyone brings to the group.

8. Be aware that not only do people “do feminism” differently but that we are all learning all the time. If someone’s opinion differs from yours, that does not necessarily mean they are wrong. Be respectful when you challenge someone’s opinion.