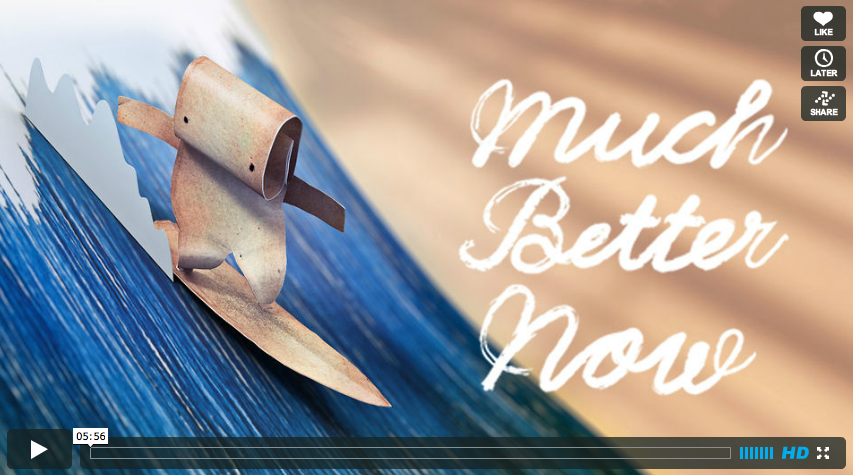 @jordanaschramm you will love this!
a bookmark discovers purpose and passion of life. no one said it was easy, but it is worth it – life and surfing!

Much Better Now from Salon Alpin on Vimeo.

A bookmark is stuck in a forgotten book that is one day knocked over by wind. It experiences its environment by surfing the pages that turn in to ocean-waves, enjoying the ride of its life. As the book cover closes light reveals new challenges.

www.muchbetternow.net
You will find a short making of here: https://vimeo.com/33456325

… and many helping hands!