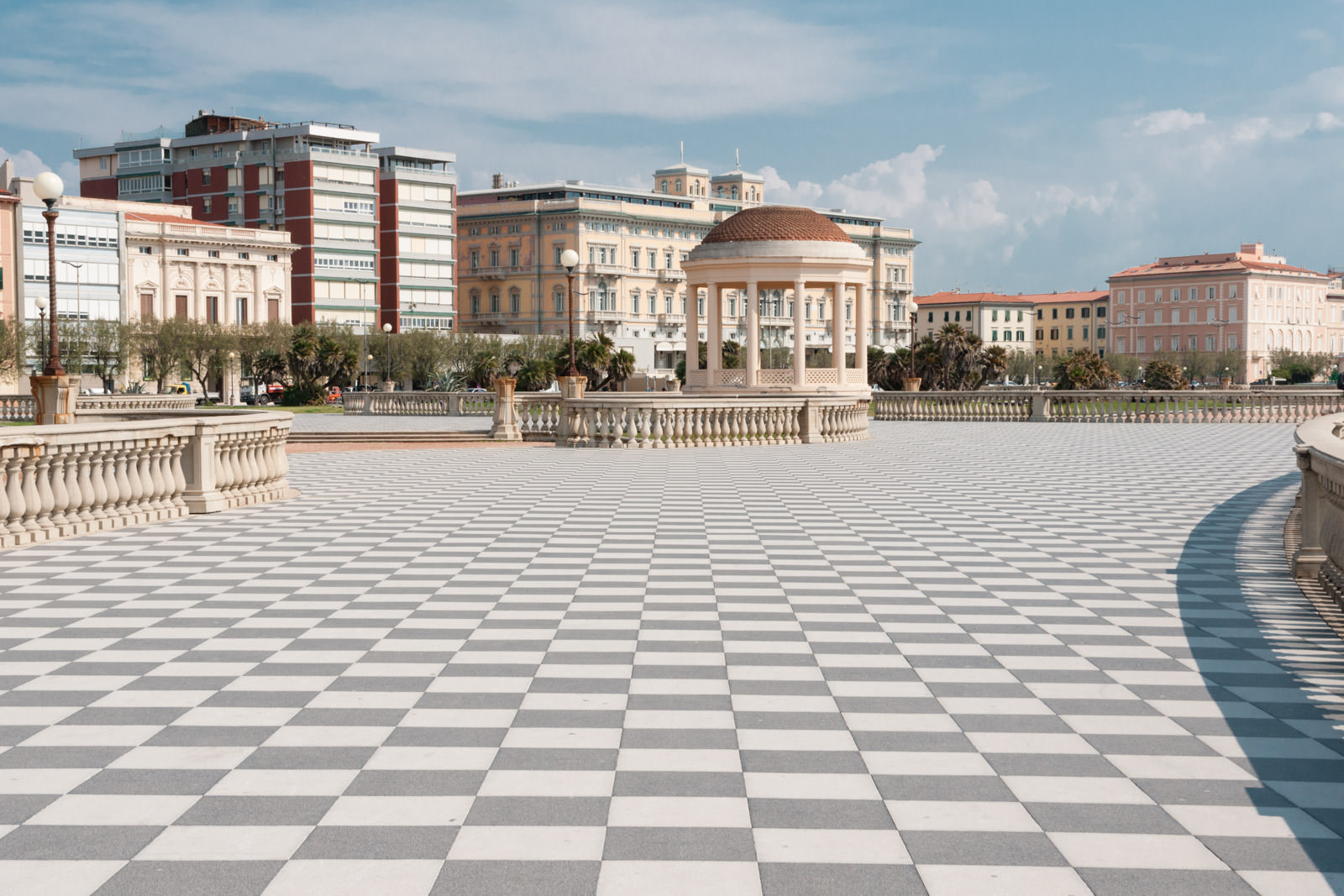 The Terrazza Mascagni at Livorno’s seaside is a beautiful belvedere.  A walkway which follows the outline of the sea with numerous balustrades.

The Terrazza has a paving surface of 8,700 square meters formed by 34,800 black and white tiles placed as a checkerboard and 4,100 balusters The Terrazza underwent a complete restoration in 1994 using the same kind of material originally employed; the works were completed on July 10, 1998 with the reconstruction of the “Gazebo for the music”[Wikipedia]. ©Jordana Schramm and www.aboutcuriosity.com. Unauthorised use and/or duplication of this material without express and written permission from this site’s author and/or owner is strictly prohibited. Excerpts and links may be used, provided that full and clear credit is given to Jordana Schramm and www.aboutcuriosity.com with appropriate and specific direction to the original content.

We use cookies to ensure that we give you the best experience on our website. If you continue to use this site we will assume that you are happy with it.OkPrivacy policy