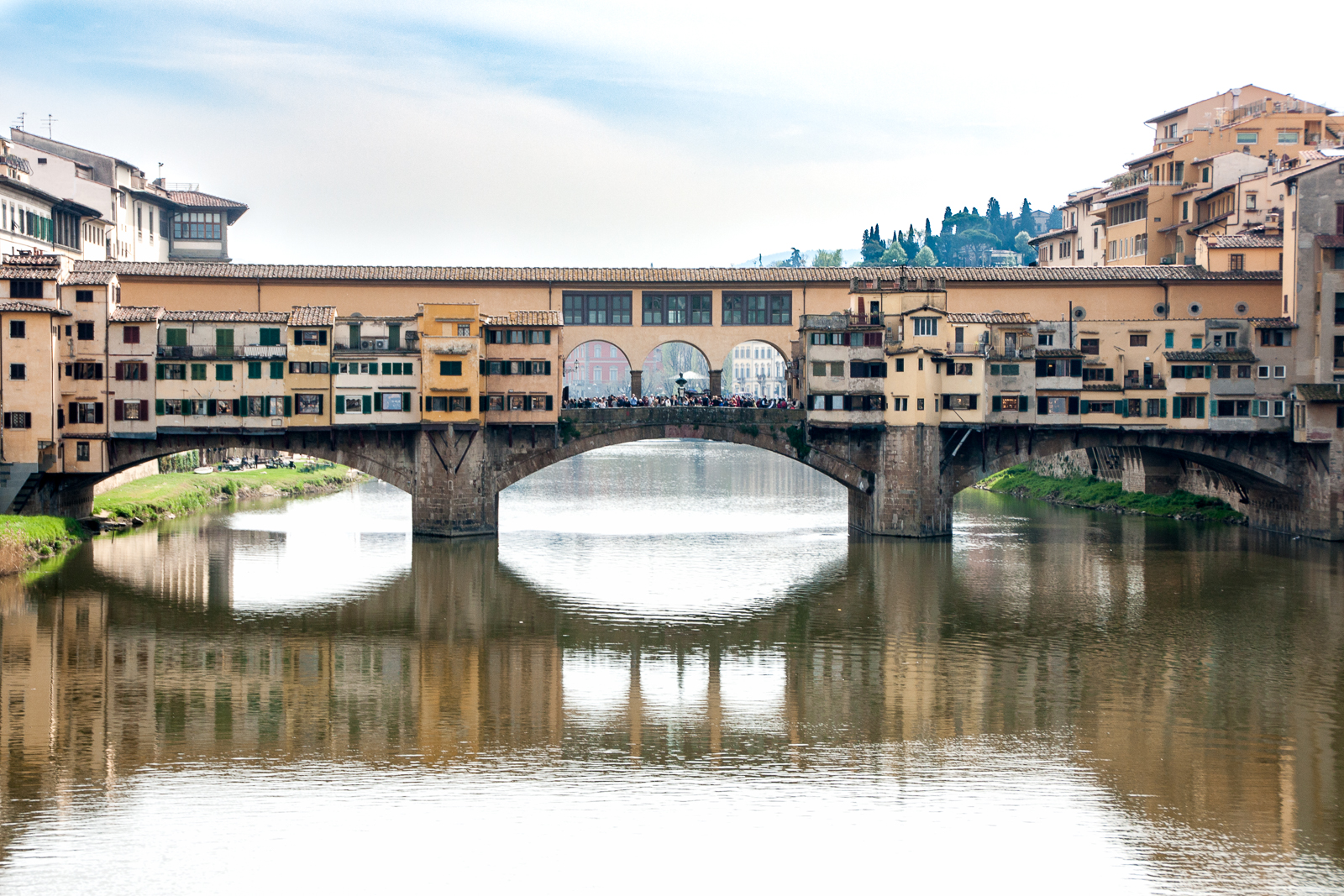 Ponte Vecchio joins the centre of Florence with the district of Oltrarno. The name is not as romantic as it sounds  – it literally means „old bridge“. Just say it as it is.

While your travel guide might point out all the wooden-shuttered goldsmiths’ shops on both sides of the path on the bridge, you will hardly see some of them.

The Ponte Vecchio is a medieval stone closed-spandrel segmental arch bridge over the Arno River, in Florence, Italy, noted for still having shops built along it, as was once common. – Wikipedia

It is packed with tourists, if you tend to feel Claustrophobic easily you should avoid Ponte Vecchio most time of the day.and for the Vasari Corridor that runs over it (a private aerial walkway built in 1561 so the Medici family could move between the Palazzo Pitti and the Palazzo Vecchio, safe from risk of assassination in the streets below)

Over the bridge runs the Vasari Corridor. Which was a private walkway built for the Medici family, so they could move between the Palazzo Pitti and the Palazzo Vecchio safely.

The Bridge and the riverside remind me a lot of Munich, the people like to rest on the dams and walls on the side and enjoy the sun. 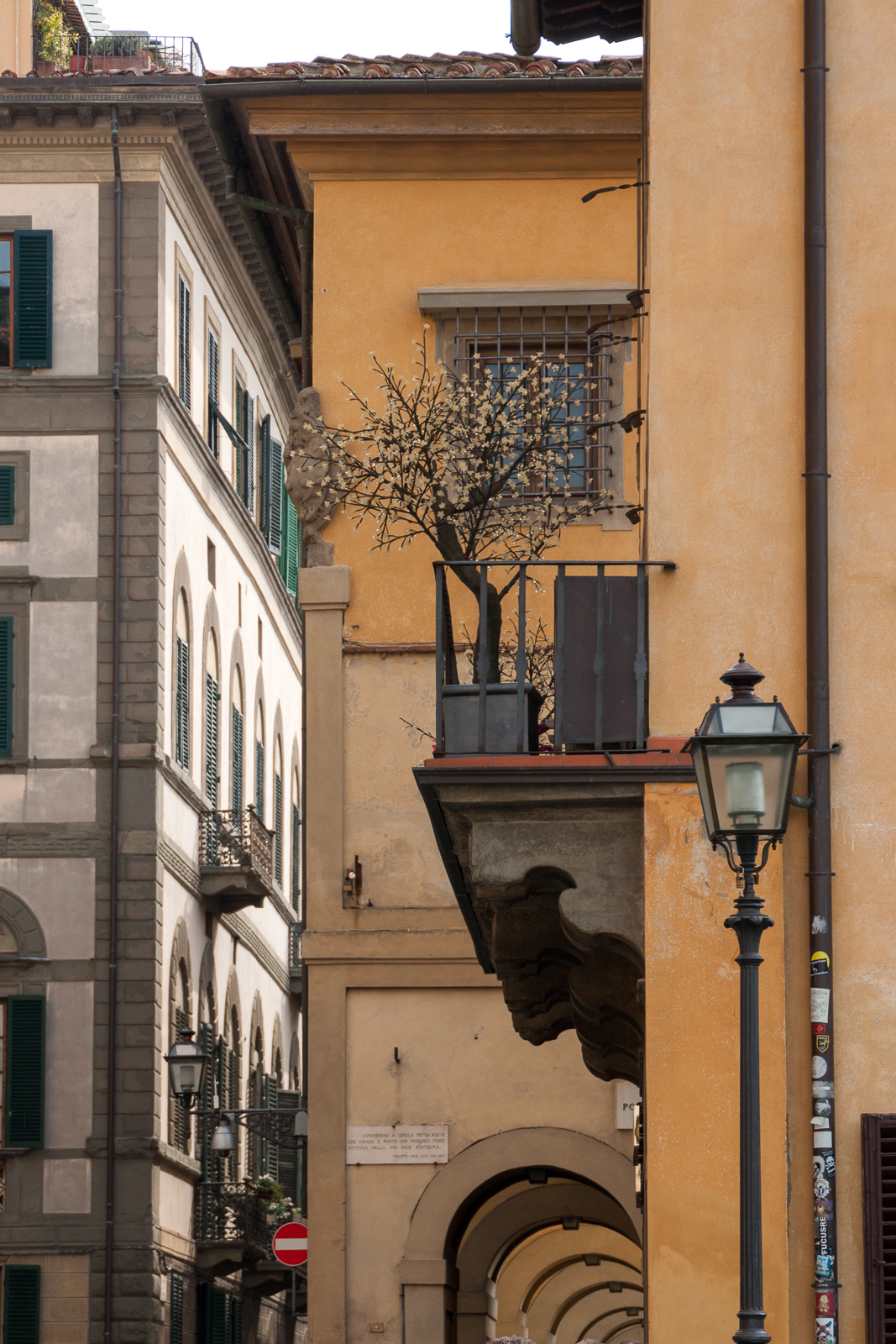 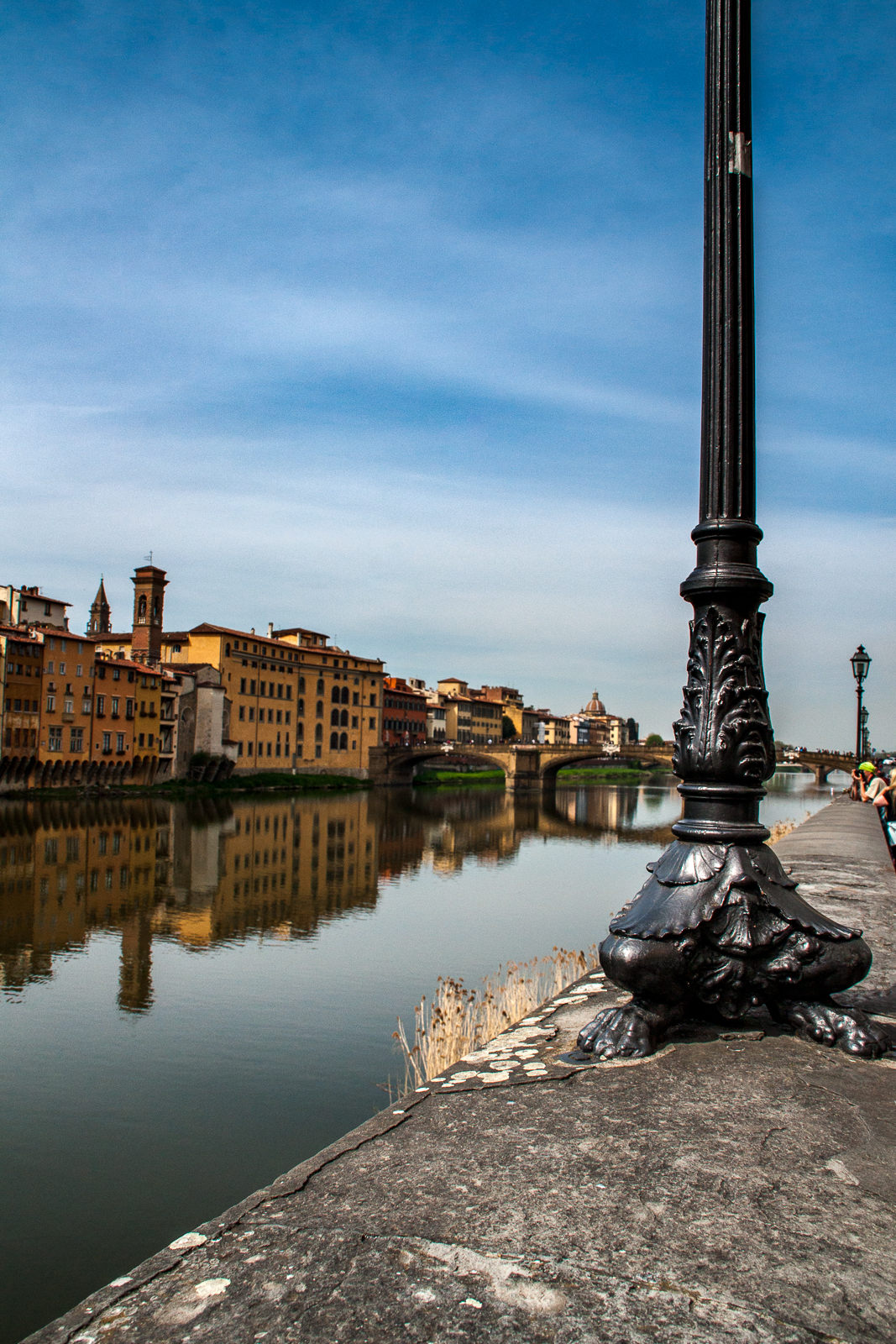 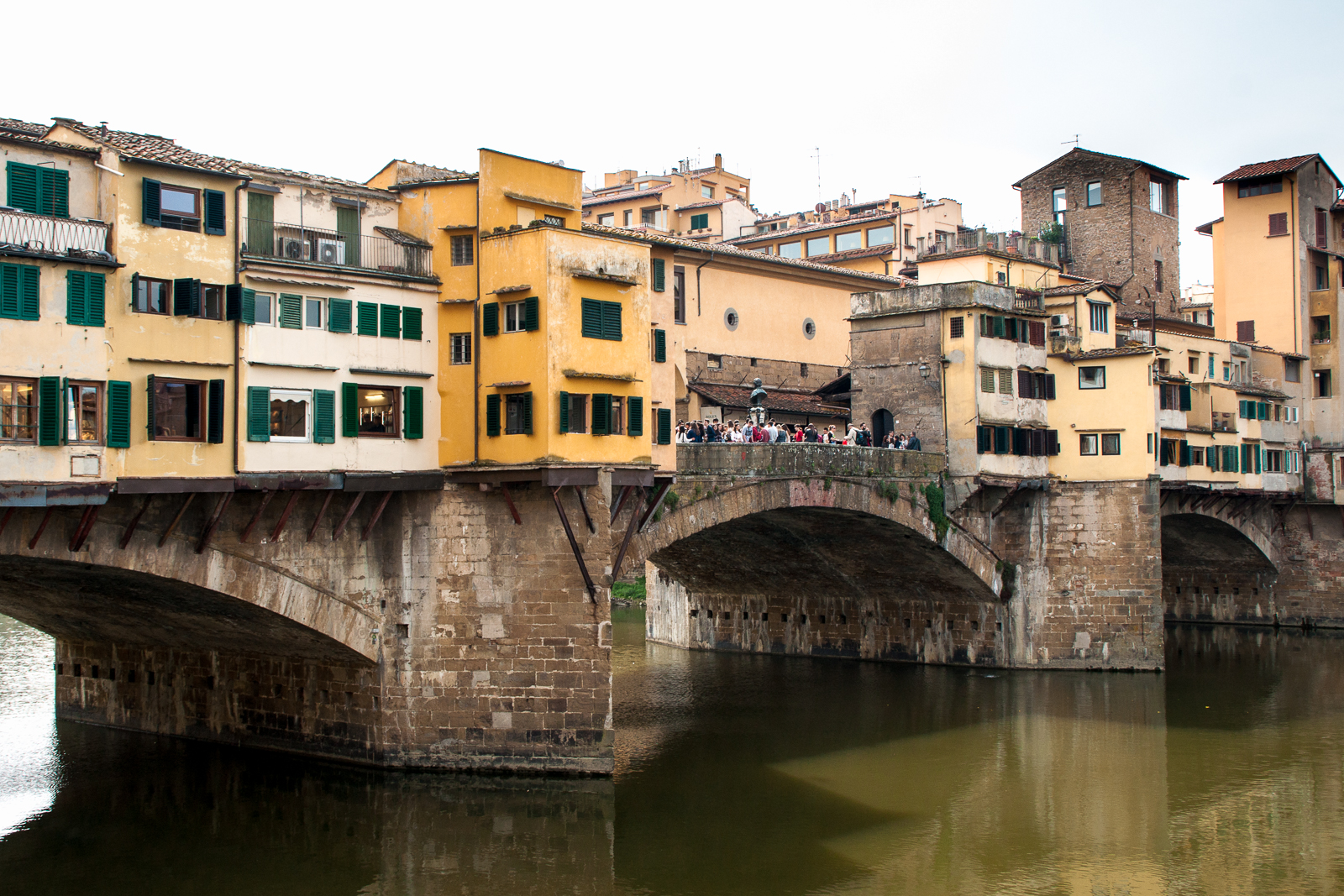 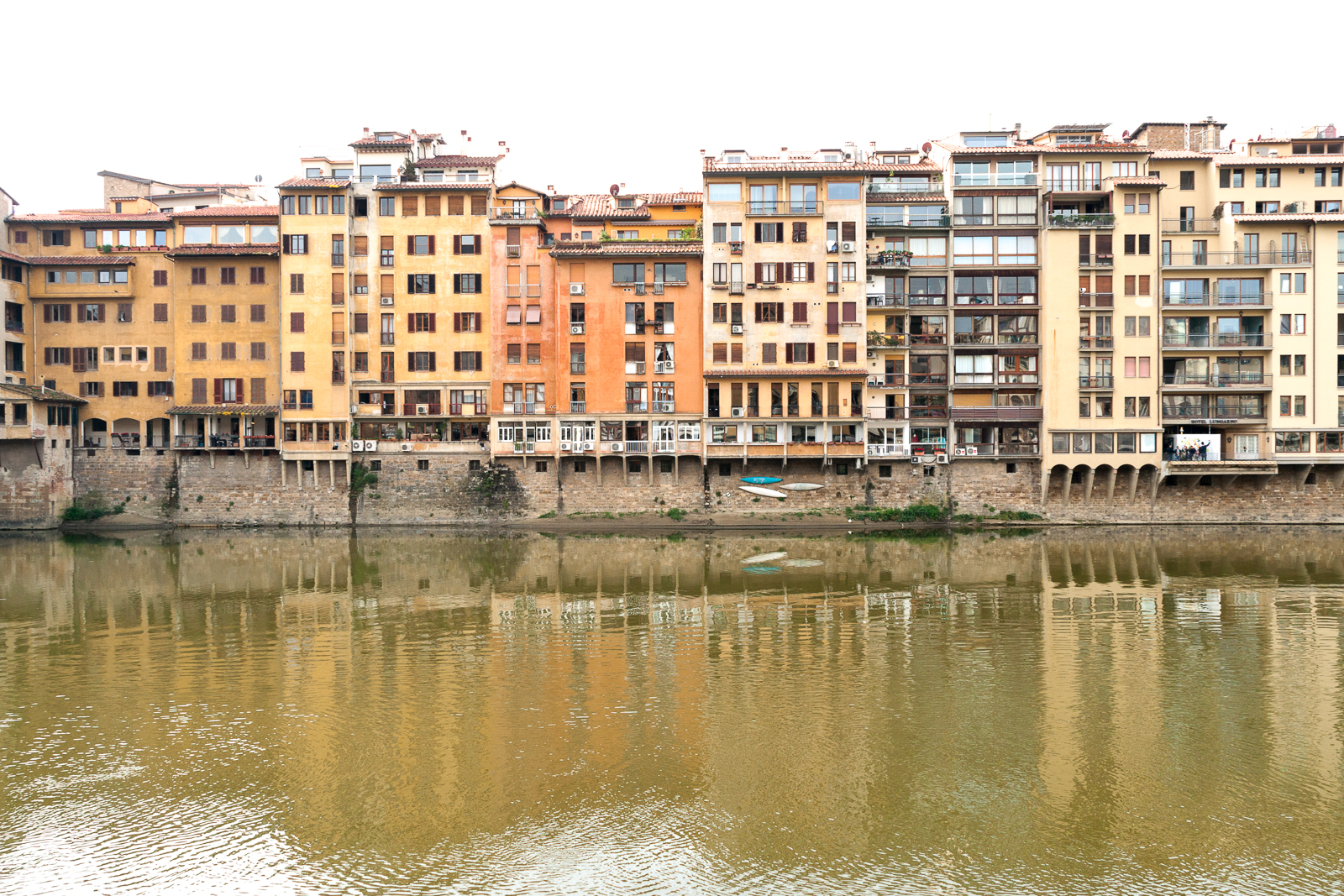 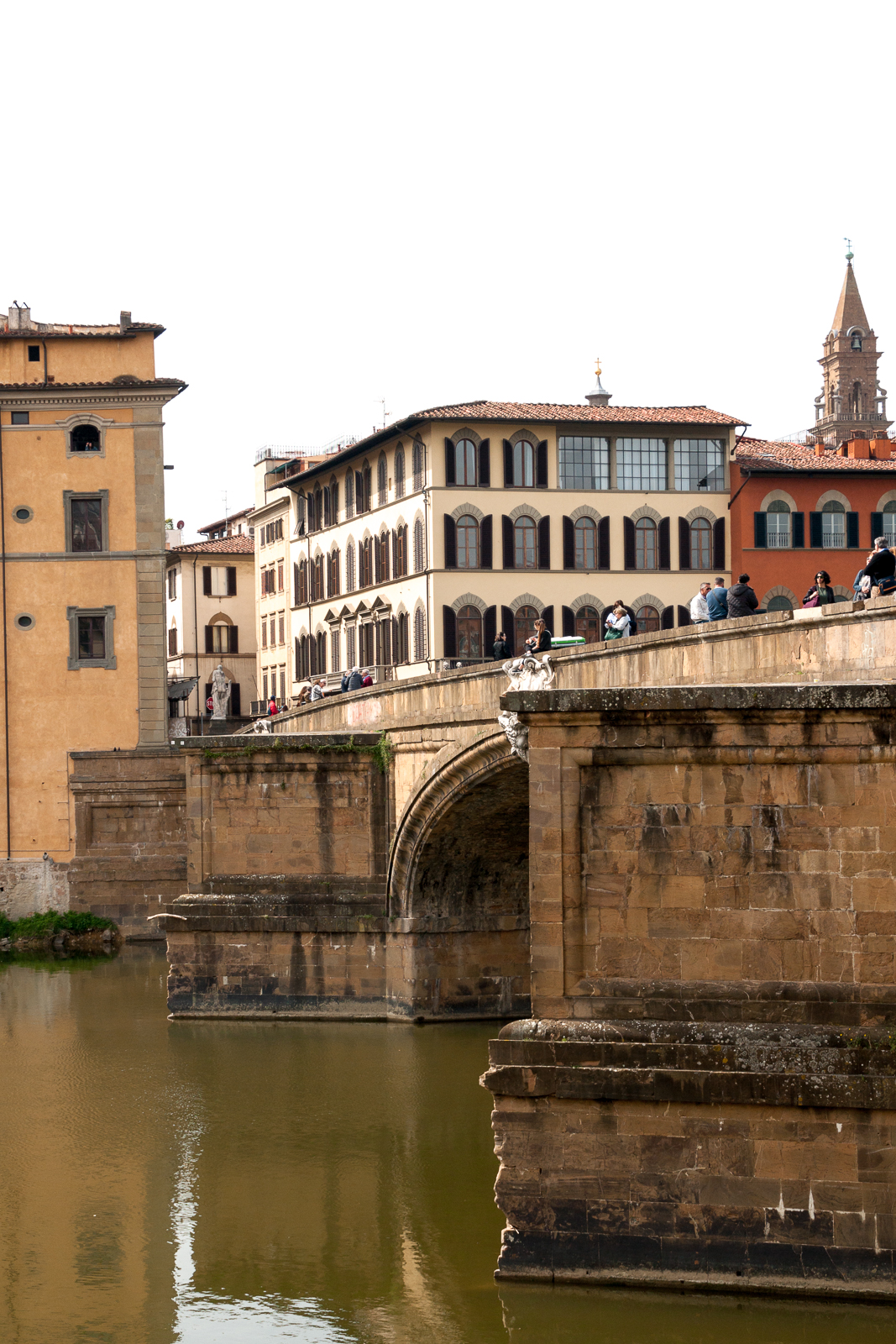 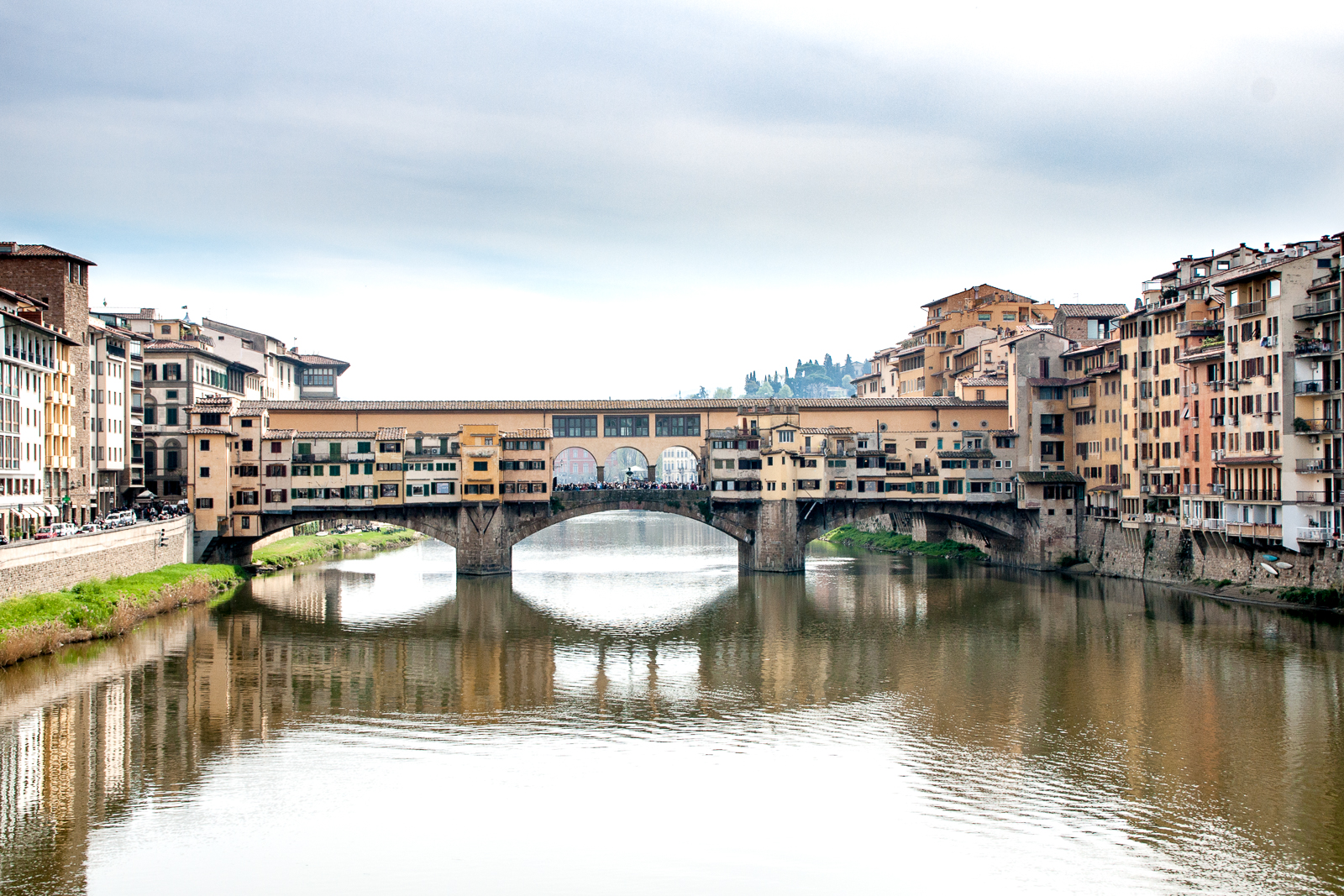 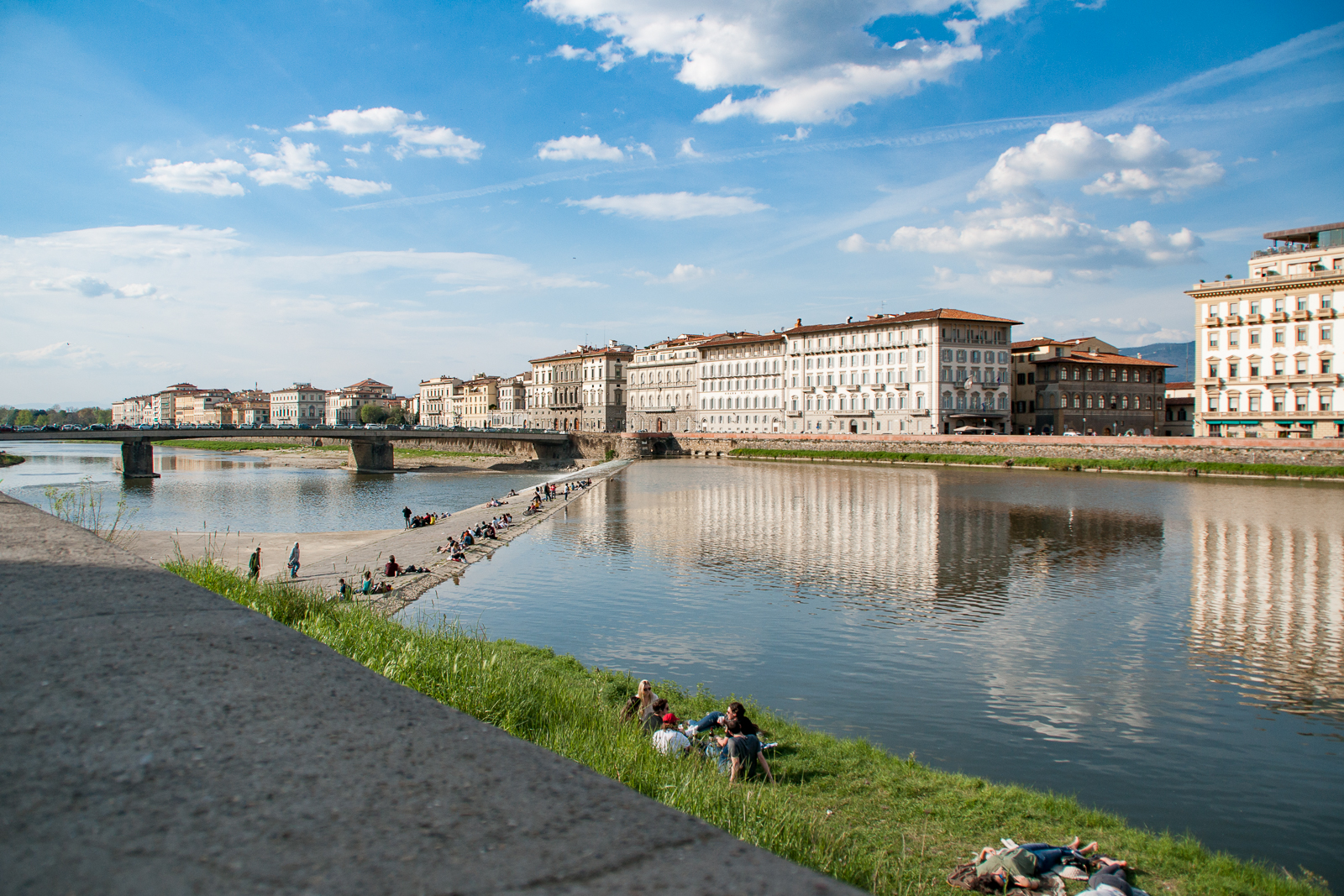 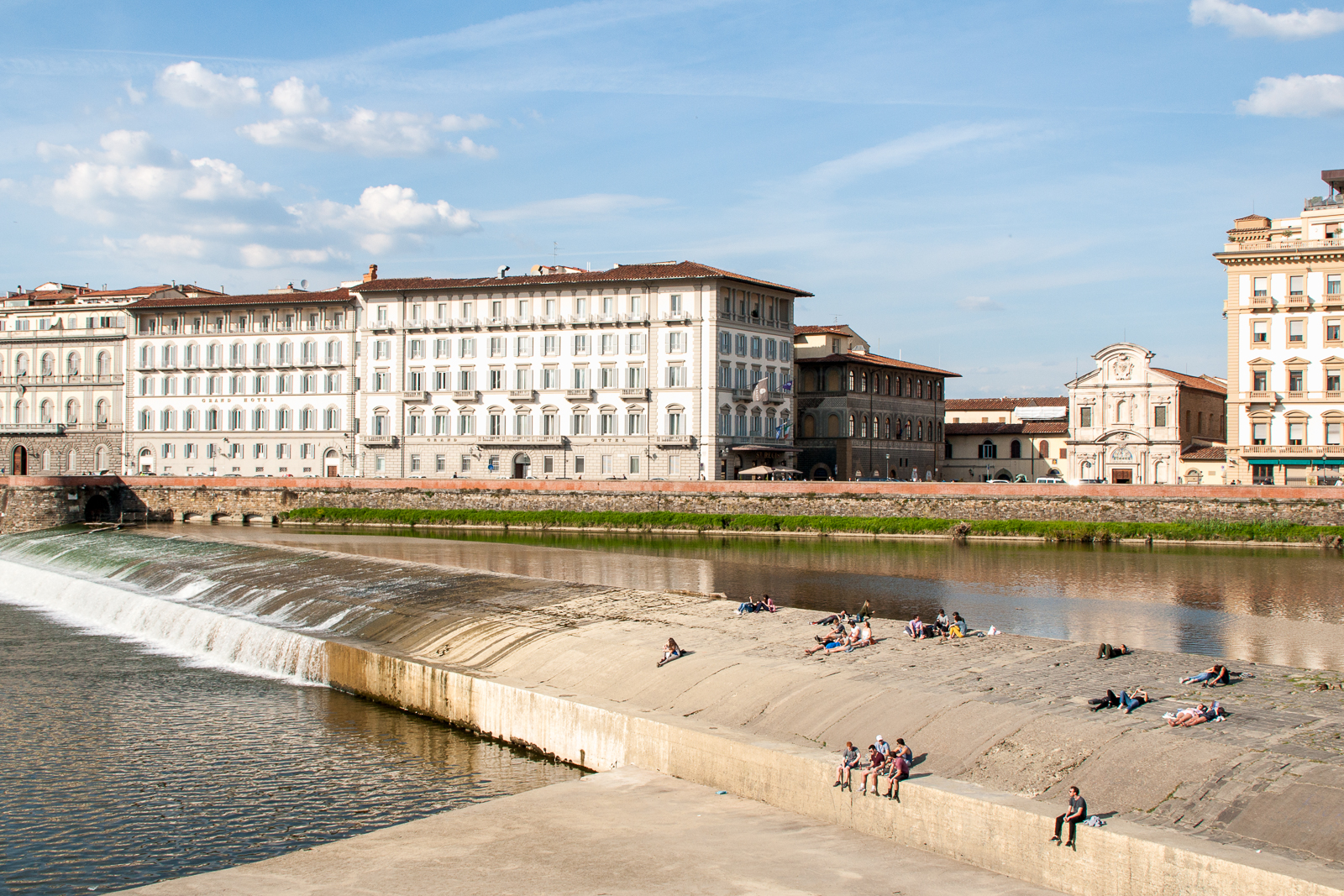 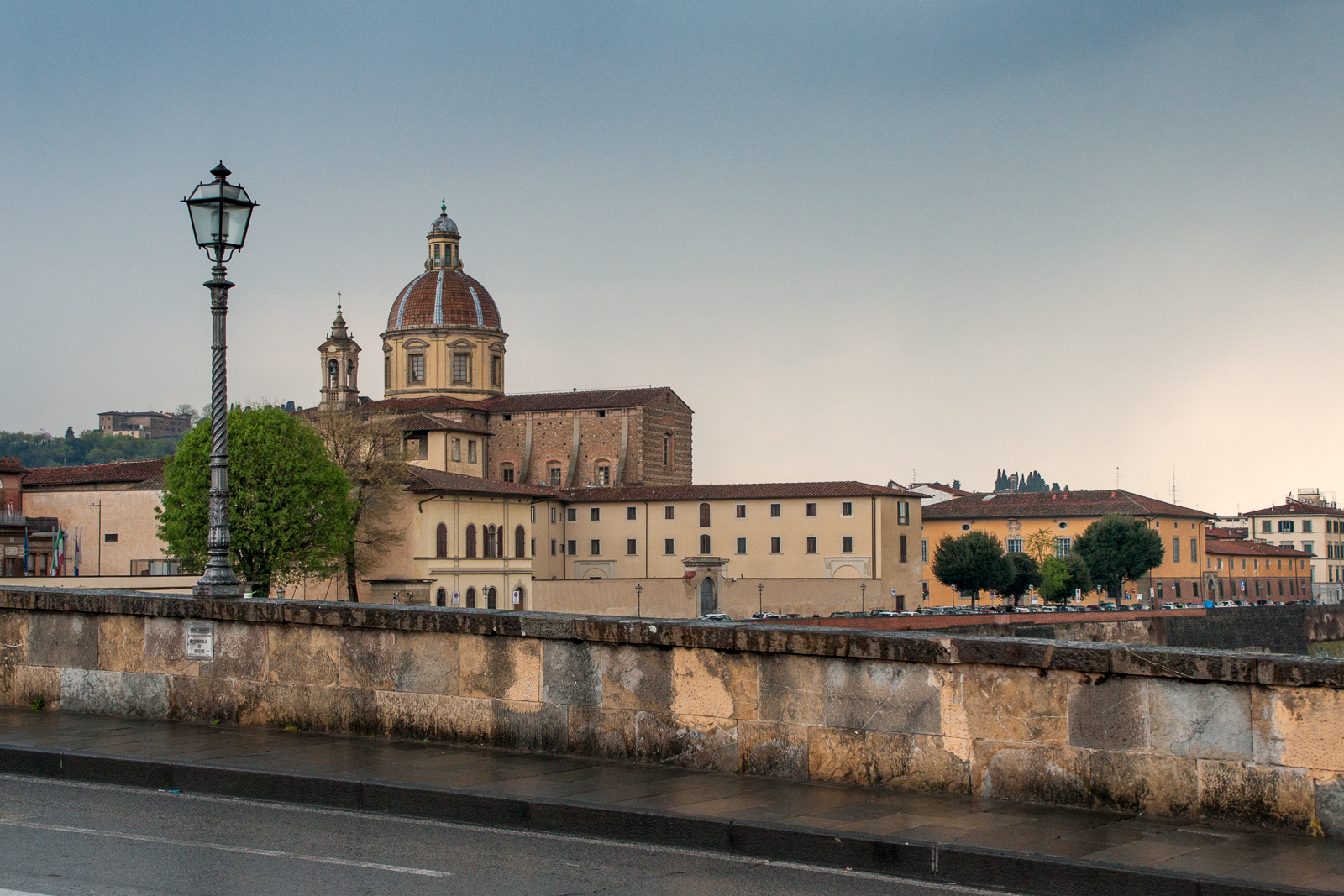