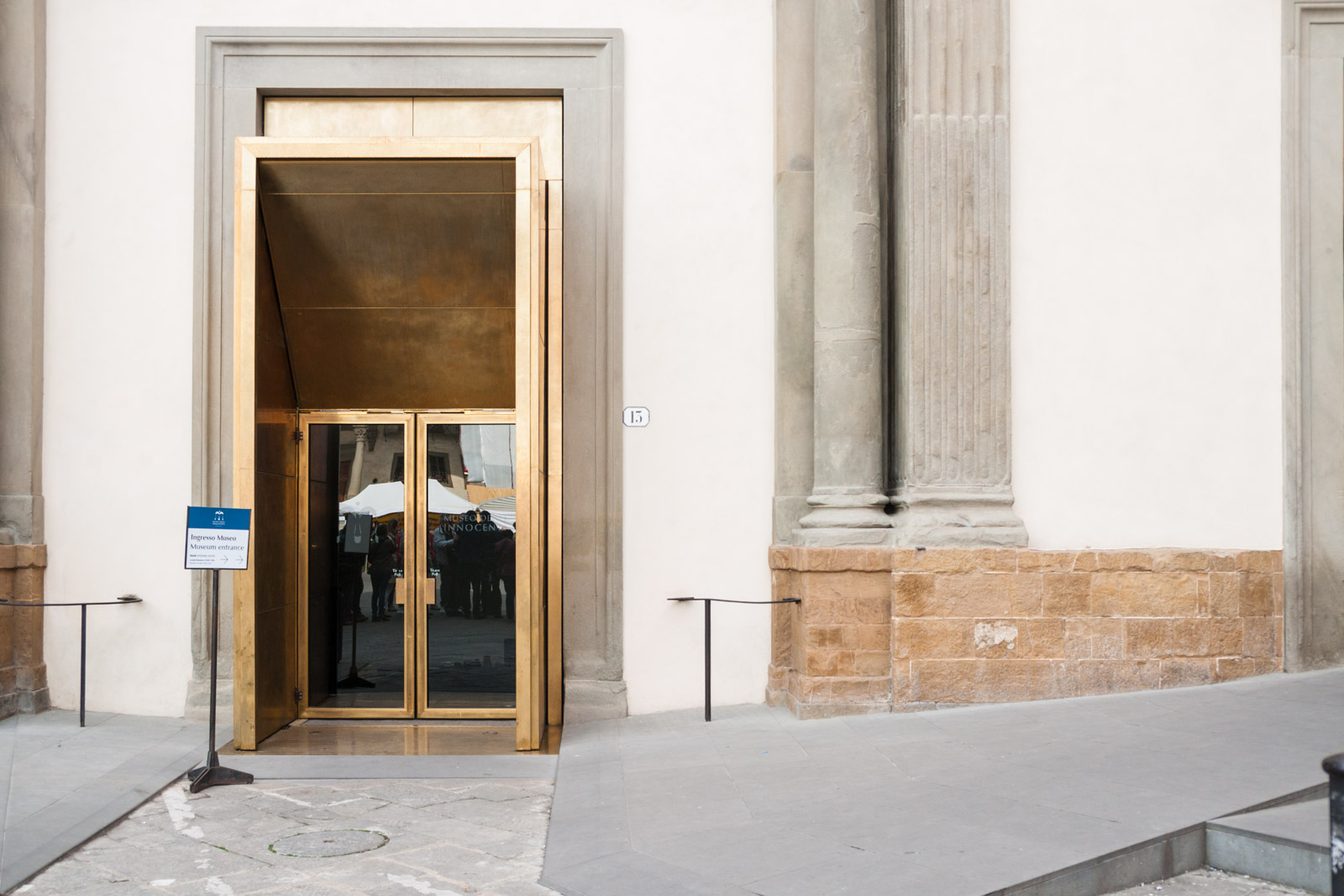 The institute degli innocenti is regarded as a well-known example of early Italian Renaissance architecture and was designed by Filippo Brunelleschi. Originally a childrens orphanage, it became a very important institution in caretaking and education for children and families.

Today this precious historical and monumental complex is the home of the Museo degli Innocenti.

Children were sometimes abandoned in a basin which was located at the front portico. However, this basin was removed in 1660 and replaced by a wheel for secret refuge.[3] There was a door with a special rotating horizontal wheel that brought the baby into the building without the parent being seen. This allowed people to leave their babies, anonymously, to be cared for by the orphanage. This system was in operation until the hospital’s closure in 1875.

The new brass doors of the Museo symbolising this special door, or baby hatch in an impressive way. 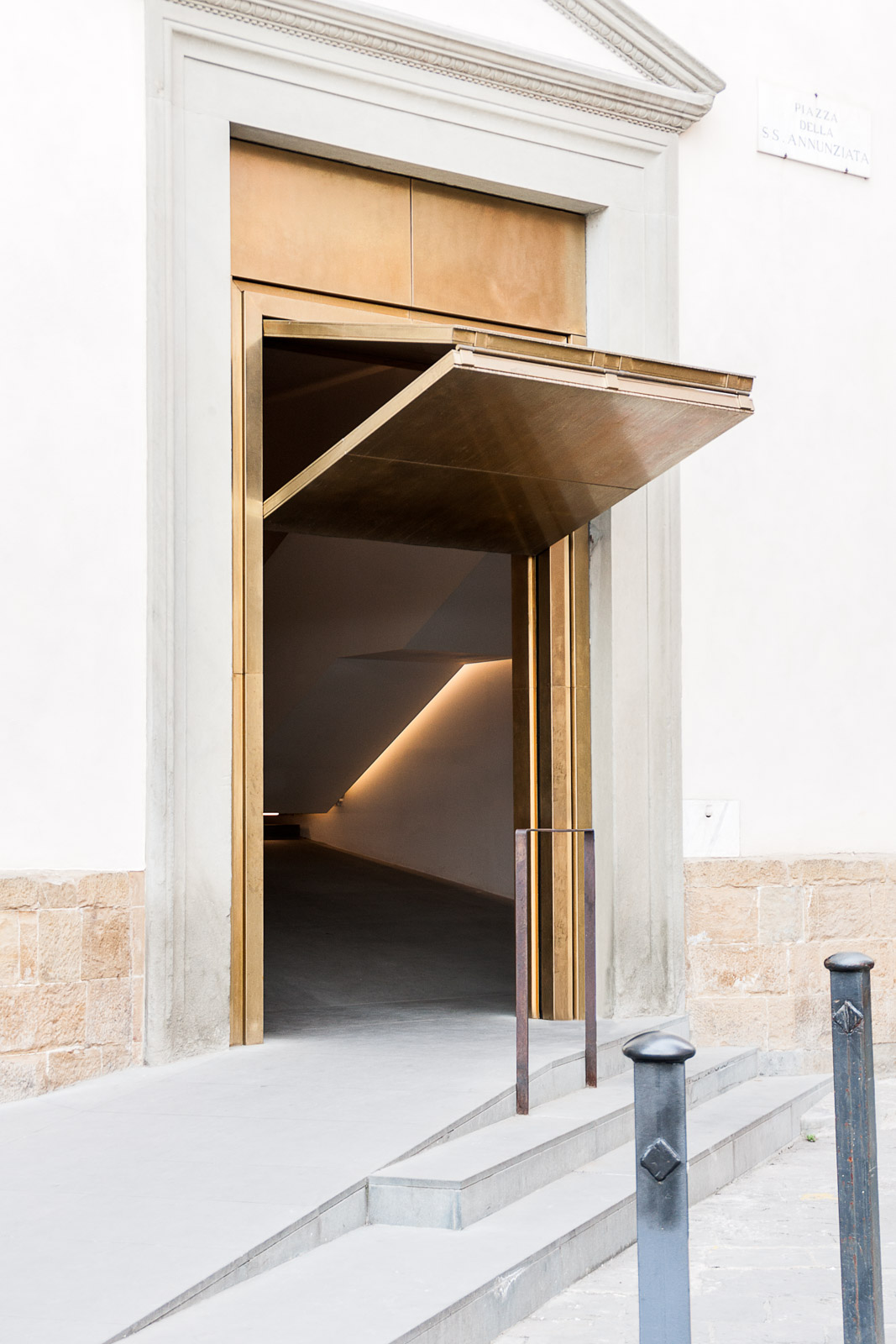