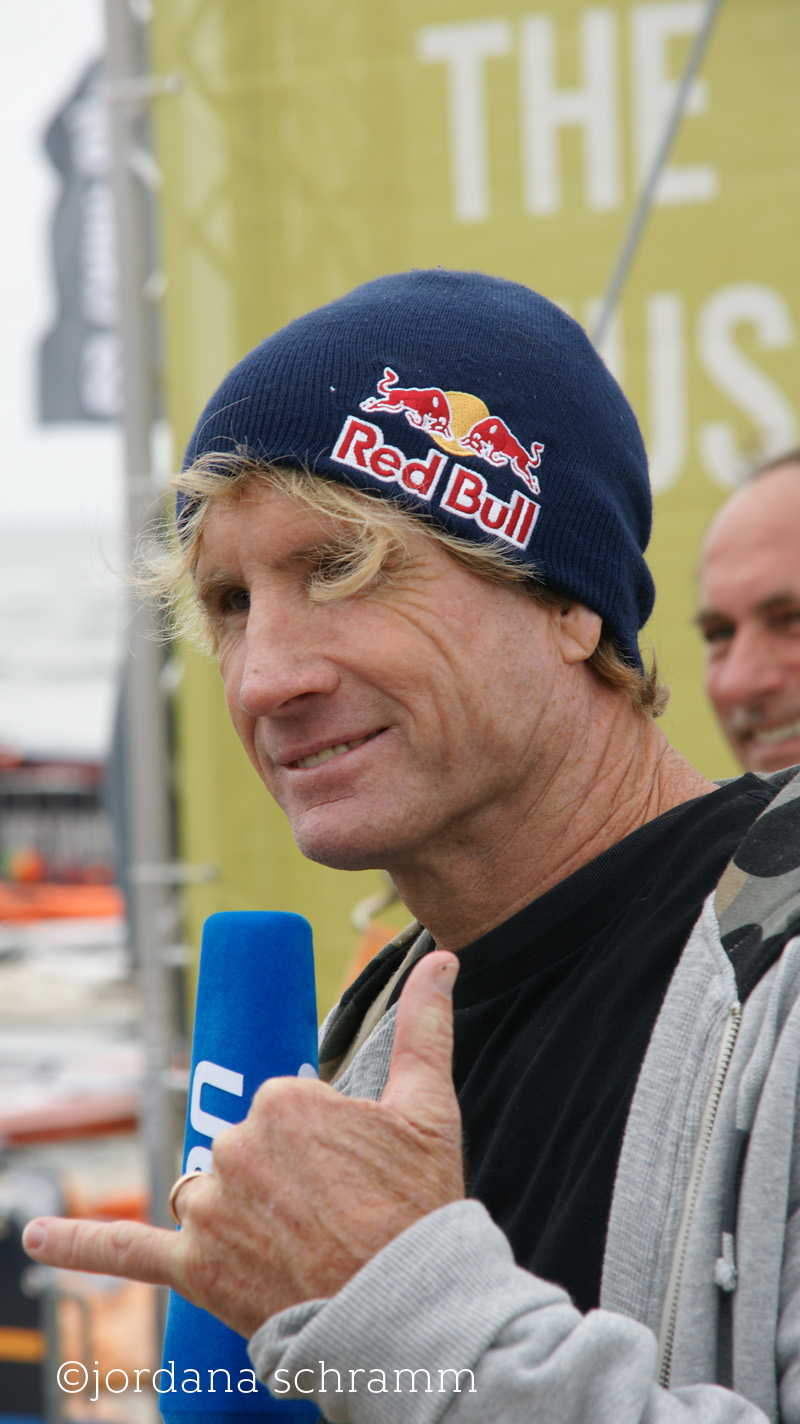 last minute decision on my site. a friend was going for a weekend trip to sylt and offered me a lift, so i accredit myself to the pwa windsurf world cup, packed the camera and some underwear and went friday night to sylt. the last year i was there was 2003 i think or may be 2002. anyways during breakfast in the künstlercafe i checked the starting list and rankings to prepare myself, because i wasn’t there for 10 years and had not much to do anymore with windsurfing i was sure i lost track. i had to re-check the page and was sure that the mobile page had some errors and would show me the page from 2003 or so. it was too funny, not much had changed. most of the names i still new. on the startinglist were oldtimers like josh angulo, bernd flessner, karin jaggi, the moreno sisters, steffi wahl, scott mckercher, antoine albeau, micah buzianis, peter volwater, lars pettersen, and  björn dunkerbeck

I appreciated that i felt comfortable recognizing the faces etc. but if an extremsport get’s that old (competioners age up to 44) means normally this sport don’t get’s new athletes. you  need the passion, bravery and young foolishness to try double or triple loops or saltos.

I browsed the starter lists on the three disciplines: slalom, wave, freestyle and found some hope. Some really promising new comers, philip köster might be the most interesting at the moment, but i saw some hope for some good competition for him in the ranking lists in the future.

sylt isn’t anymore the last event of the world cup series so it lost a bit of the glamorous status to nominate the champ in the end of the year, but sylt and alacati  are the rare events, the crowd can be that close to the competition, depending on the wind, all disciplines are possible to see without telescopes. anfortunately, on saturday there was no wind, so no competition, so no pictures from windsurfing. robby naish was there and the start of the last film with andre paskowski, the very talented surfer who lost his fight against cancer this year. 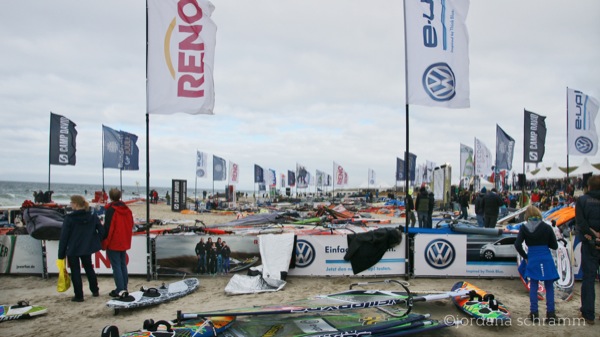 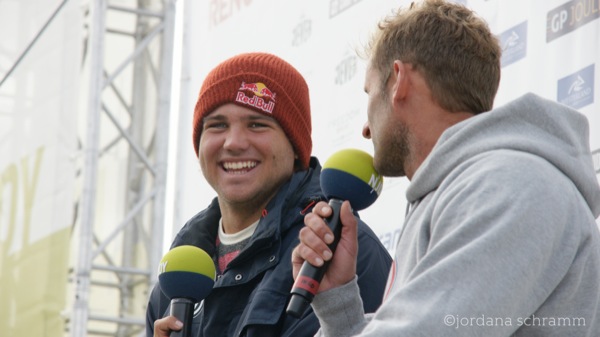 ingo mayer in a talk with philip köster 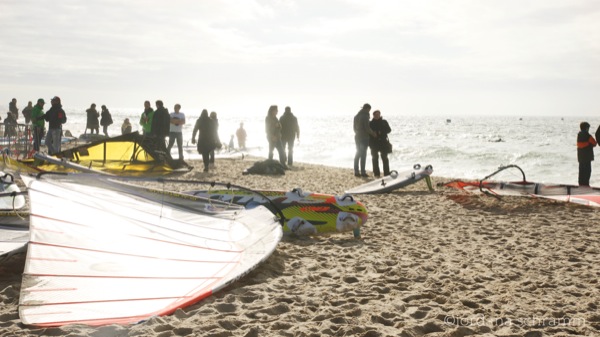 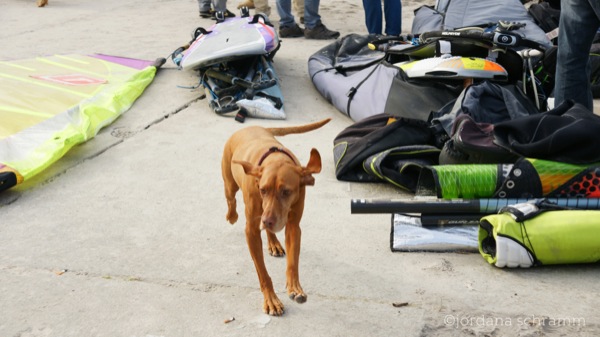 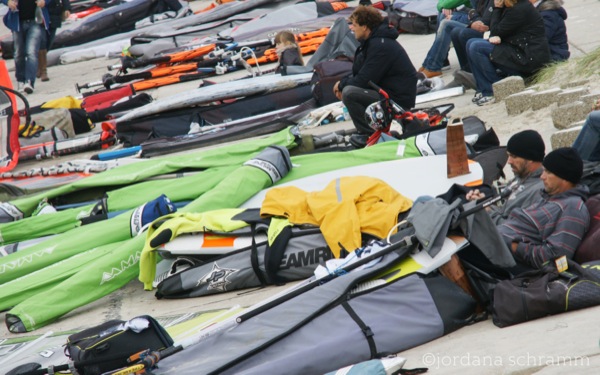 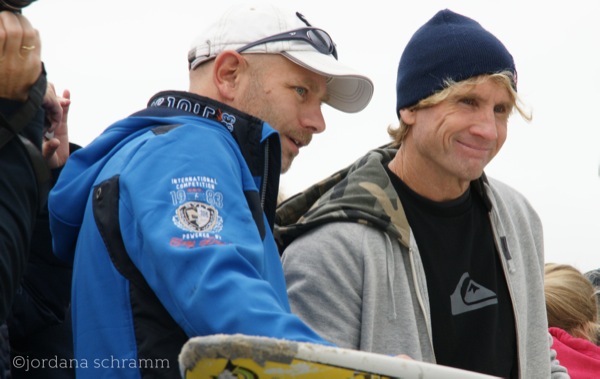 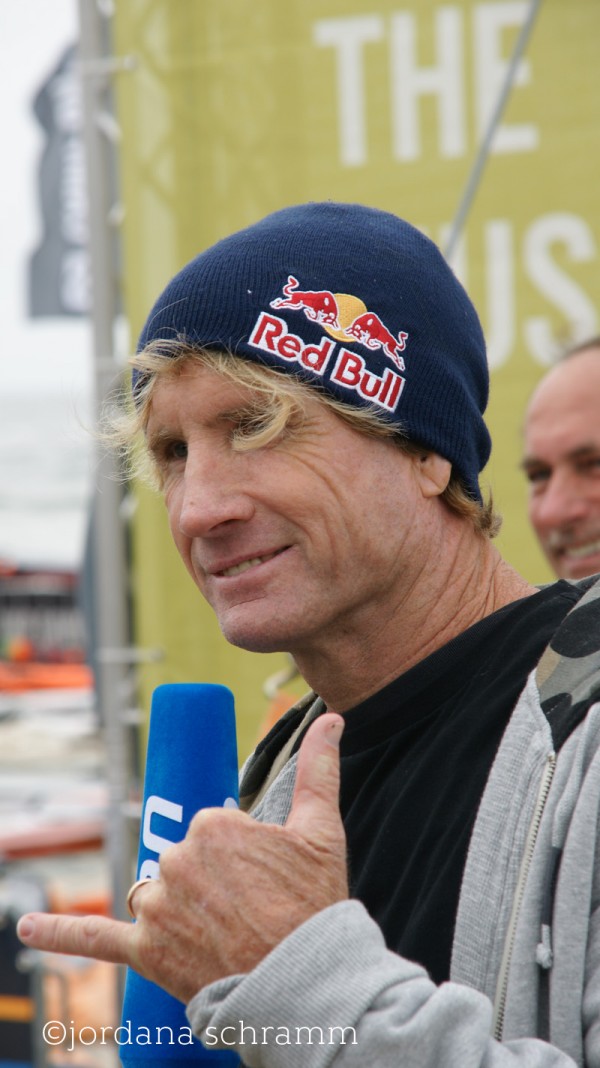